We have found some tunes that must be kept at a safe distance from any and all children, at all costs!
What’s The Matter With Kids Today by NOFX, chosen by Roo
Frankie Sinatra by The Avalanches, chosen by Viktor 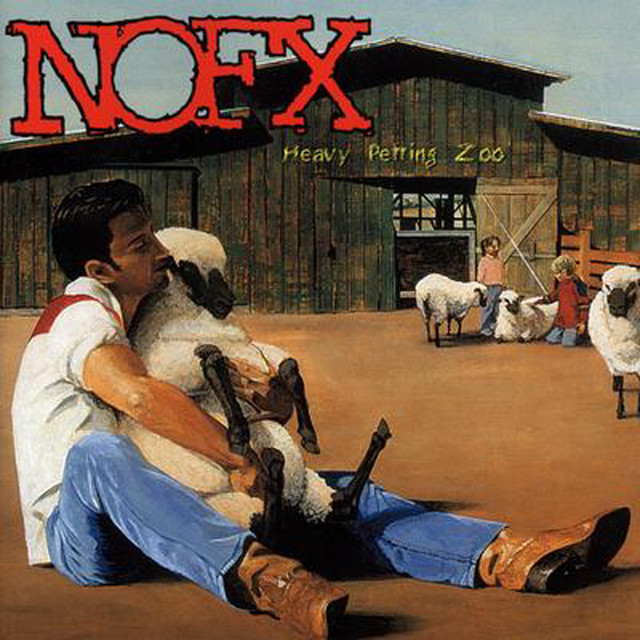 What's The Matter With Kids Today?

What's The Matter With Kids Today?, a song by NOFX on Spotify 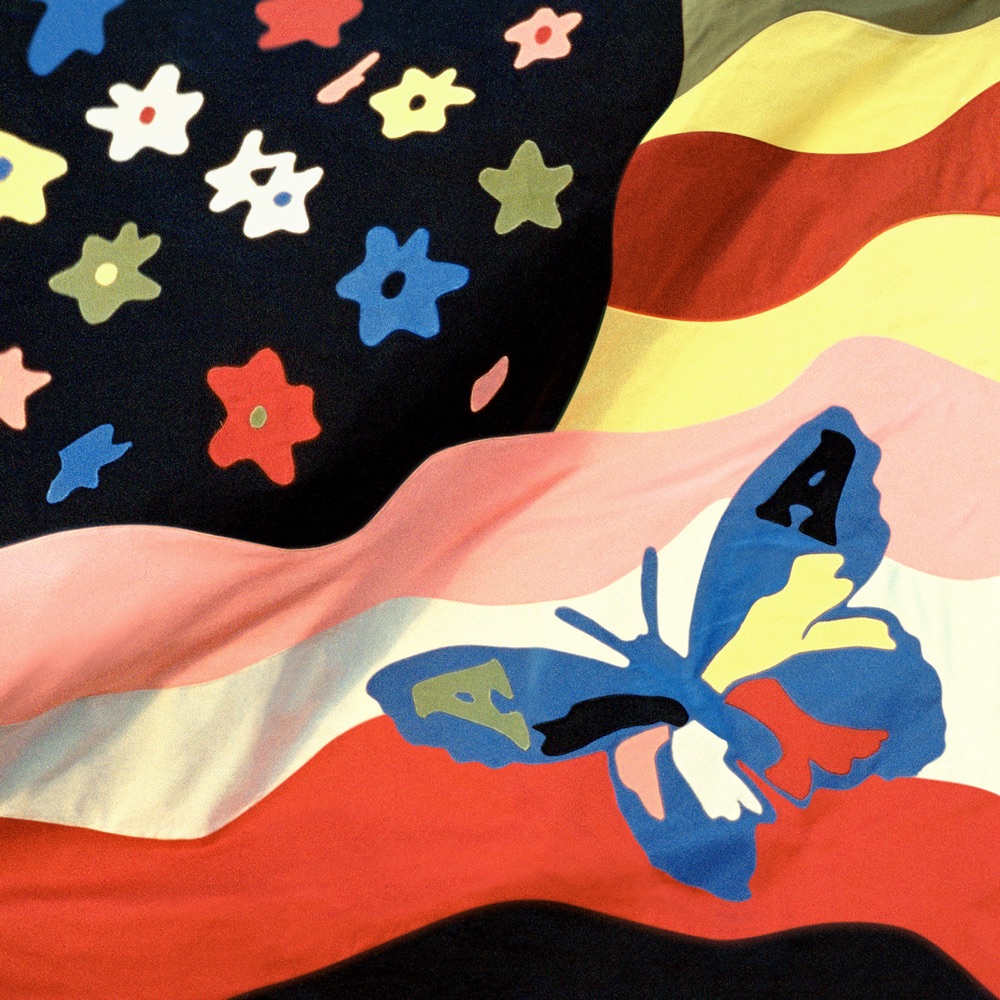 Frankie Sinatra by The Avalanches

On Christmas eve when my youngest was six or seven years old, she asked me if Santa was real. My heart stopped and I asked her if she wanted to know the real truth, which she did, and I told her. She started to cry and said “but you lied to me daddy” and I tried to hold my own tears back and did a poor attempt at explaining why. It was the lie that she got sad about, not Santa. It broke my heart.

We tell our kids little white lies about the world all the time in an effort to pull up the blinds a little bit at the time and I certainly want to keep my kids in a fluffy pink sugar tasting cloud as long as possible. Above all there is one important lie we all must keep up. Say it with me:
The kids must not ever know that we were lazy good-for-nothing slackers growing up! 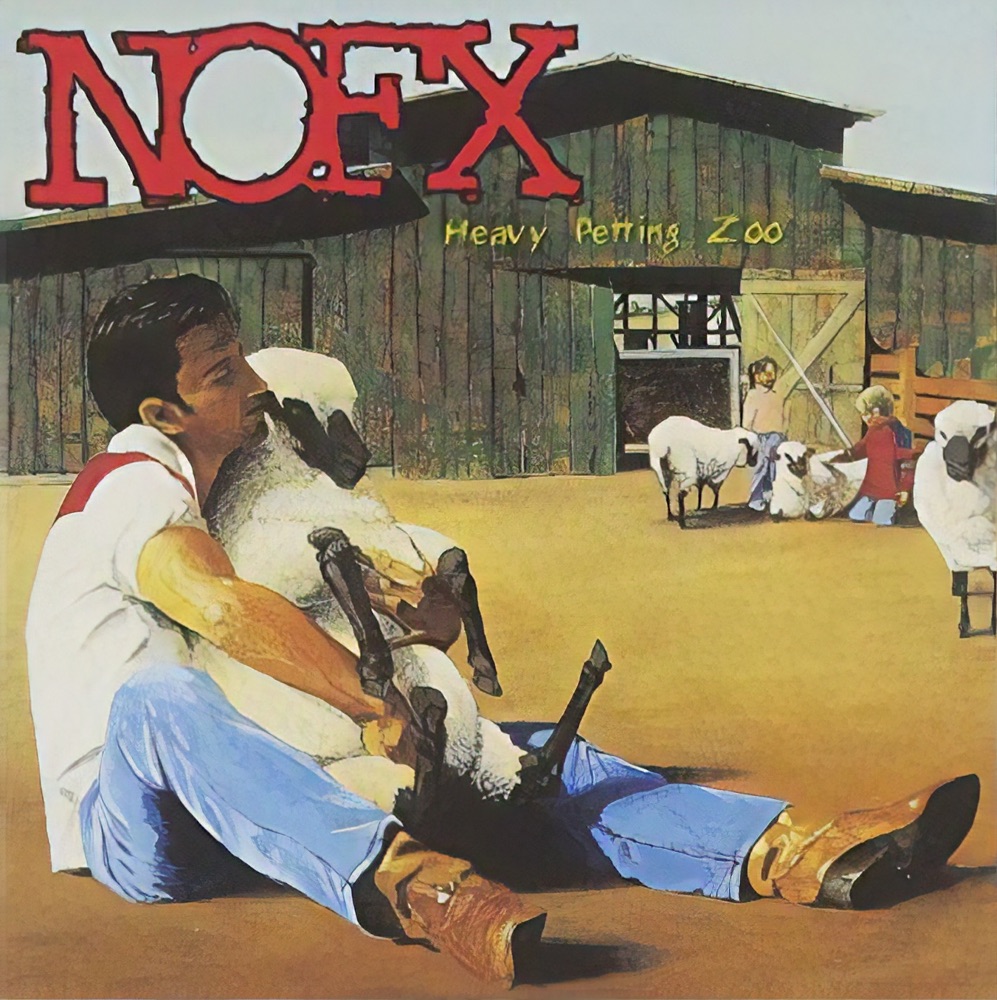 What’s The Matter With Kids Today? by NOFX

Listen to “What’s The Matter With Kids Today?” by NOFX on any music platform | Free universal music links by Songwhip

Fat Mike from NOFX ponders this in his poem What’s The Matter With Kids Today?. “They all stay home and listen to mum” he sings, “they don’t drink or f**k or f*ght” he continues. Well, Fat Mike, don’t tell them that, don’t imply we did something else. Hush-hush, they can hear you! Abort!

If you look a tiny bit beyond the punk-punk rock surface – put there by one of the greatest punk-rock bands of all time – we get what he is really saying; don’t do as your told, figure out stuff yourself, fall in love, be wild, get outside (corona-times excluded) and above all, question every stupid decision that the world of grown-ups is making. Most of the time we don’t have a clue and just guess anyway.

A fair number of my friends have decided in the last decade or so to get themselves a child or two, on rare occasions even more than that. It is a decision that puzzles me quite a lot.

I guess this is as good a place as any to mention that the forecast entails a high to very high chance of sarcasm throughout this article. It’s meant to be funny you guys! It only reflects my actual opinions if it’s been a particularly harsh day at work (I teach maths to teenagers for a living and I love my work …so yeah, there is that).

Sure, I can see why one would want to get a dog, heck at times I have even contemplated getting one myself. In the end though it always seems like the expense and inconvenience outweighs the benefits for me personally. Now children are clearly far more expensive and the level of inconvenience is just of the charts with kids.

Certainly, for a lot of people that assessment might understandably look different. If you have the time and inclination, dogs might have a lot to bring to the table. If you get a female and a male you could have the dogs breed and then sell the offspring but that is not an option with children since they are not fertile in that way …and also, there are other issues with this I’m being told.

If you only have the one dog it is still possible for it to be useful as you can train it for many different tasks depending on what breed of dog you’ve got but again, no breed of child that I am aware of are particularly easy to train to perform any useful tasks within the first 3 of 4 years. At that age their motoric is still decidedly to low to reliable perform the kind of fidgety tasks their small hand size otherwise would make them uniquely suitable for. Even beyond the first few years, there might be legal issues with having them work with that sort of tasks or take advantage of their smaller frames to have them do for instance maintenance in cramped, hard to reach ventilation systems.

Of Course their usefulness isn’t why most people get dogs. Apparently dogs are cute.

Some say children as well are cute but I have yet to see any empirical evidence of that.

None of all these highly convincing arguments even begin to touch on my main argument against getting children and instead getting a dog, if indeed you are somehow compelled to care for another living being for a bunch of years. This is in fact actually a compelling argument against getting either but it demonstrates with irrefutable clarity that the dog is infinitely more preferable to the child.

They will break your stuff!

Well at first glance it might seem like they are equally destructive or even that the dog is worse. Sure, the dog will start to chew your precious stuff to a pulp within the first month, whereas the child might take a few months even to start crawling around in search for stuff to slam, chew or smash. However the dog is fairly easy to train away from these habits and should be sorted out in this respect within a year or so. Now the child on the other hand will have several spells through its 18 to 20 year long tenure in your home, some lasting for years, where it will focus on different categories of things to break in each wave of destructiveness.

Come on Viktor, you might say, these are only things, material possessions, that can easily be replaced.

See children have a tendency to get obsessed with films, books and oh yes you guessed it, tunes. Particularly tunes with a catchy hook. Such songs are in a way extra fragile. A hook might be quick to grab your attention and your affection but if repeated too much, and yes that is exactly what children do, it might just get worn out.

One of my favourite hip hop acts, the Avalanches, specialize in a particularly hookey kind of production. Fragile might not be the first adjective to pop into one’s mind when describing their fat beats but I always handle their music with extra care since I’m very weary of wearing it out.

Frankie Sinatra by The Avalanches

I do suspect however that tracks like Frontier Psychiatrist or even more worryingly, my favourite track of theirs, Frankie Sinatra, are built around just the right kind of hooks to grab the attention of any and all nasty little children. Once they have got their filthy little no-good-for-nothing-hands on a track like Frankie Sinatra they will play it on repeat on their smartphone speakers for all eternity. Soon enough it will be ruined forever for me, you and everyone else in the park/bus/beach/or other public area where they congregate.

If none of my arguments have convinced you, and you have decided to get yourself a child, surely, for the sake of good taste, you must agree that we must protect cultural treasures like Frankie Sinatra. I implore you! This tune is not suitable for children and must be protected from these small creatures at all costs.

Well if some tunes aren’t safe for kids to handle well then surely there must be tracks that just isn’t for grown up ears, right?