Coming of our punk roots, both of us have a penchant for short, chanted, in-your-face-lyrics, all the more so if they have some sort of significance or at least obnoxiously pokes you in the eye. 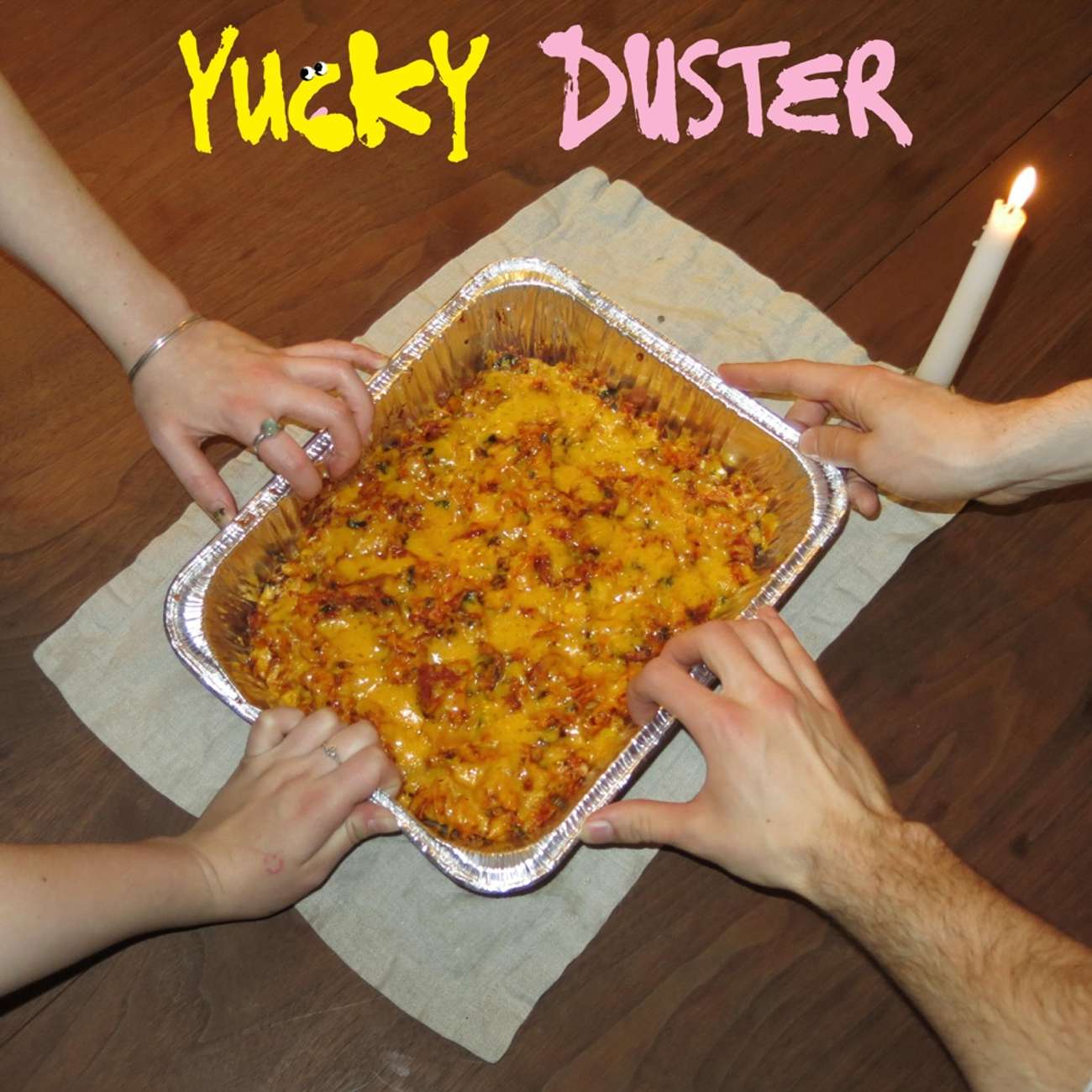 Who is Paul Revere? Sure, everybody knows of the hero Paul Revere’s midnight ride to warn the militia of the British soldier’s approach in 1775 but I’m pretty sure that’s not the Paul Revere of this tune. This Paul Revere is according to the one and only verse, known from television so, am I looking to score some juicy gossip column worthy scoop, nah… that’s not it. This tune pre-dates #metoo by a year or so and hanging douche bags out by their balls just hadn’t come into fashion by then. So… gets me curious is all, see there is for some reason no Paul Revere on Swedish telly.

I guess it’s kind of a testament to how Yucky Duster is relevant all in their own terms — movements be damned, be it musical genres or social justice concerns. Their self titled debut from a couple of years ago deftly navigates a sea of styles defying all genre classification but it has got one major flaw; it’s sooooo short! I need more …sure there was the Duster’s Lament EP released on bandcamp early last year but that was of course even shorter and only available on bandcamp. I for one keep my fingers crossed that they will have a new proper album out this year.

I guess I should write something about how the tune fits the challenge, but then again you could just listen to it for yourself.

When they released their first album people didn’t know what to think, was this a joke or something, were these guys serious? A rumour circulated that they never rehearsed and the myth of the band started building. I was a bit sceptical when I first heard Luke Skywalker, but when I heard Iceage I understood that this was a great band. When we got to send a radio show in the food court at my school, we off course played a tune, Iceage, from this first album.

It was the second, self titled, album, though, that really knocked me off my feet. I mean, just look at the opening song of that album:

We look so good together,

We don’t care what you say about us,

We’re brother Daniel and we bury you.

You have to love it, you must! Simple melodies with guitar hooks. I was clearly in love. That album is a masterpiece. It’s naivism at it’s finest. The swenglish, the repeating of straight to the point lyrics, the catchy, melancholic melodies makes this a personal favourite. On this album it’s clear to me that they are influenced by Gyllene Tider, Per Gessle’s band that were very successful ten years earlier. I’m not sure that they realized it themselves, not at the time at least. There is however a big difference; where Gessle is very deliberate, Berggren is very non deliberate almost accidental – authentic without any filters or polishing.

The third album came out and my friend Erik bought it. I remember being at his house listening to that album track by track. First we just stared at each other; what(?!), who taught these guys how to sing? Someone must hang for this! This was a well produced, well polished album that caught us off guard. We calmed down after a few tunes when we realized that the songs still were very good, despite these new shiny shoes.

For me though, the second album is the band’s best and my chosen tune is to be found on it.

Confusion.
I love you.

Confusion by Broder Daniel is one of my all time favourite songs and is a fast paced punk tune that you can’t do anything but love!

…has lyrics that doesn’t fit with the music.

While we are on the subject of lyrics, sometimes there is a dissonance between what a song sounds like and what the actual lyrics purvey. Doesn’t have to mean that either isn’t any good, we will in fact be looking for examples where both are great, it’s just that dissonance we are trying to pin down.