We gush about the legendary Tambourine studios as well as a lengthy stop over in the united people’s republic of states of HC, all in a day’s work.
Pump the Brakes by Refused, chosen by Viktor
Ooh Ooh Ma Ma Mine by Eggstone, chosen by Roo 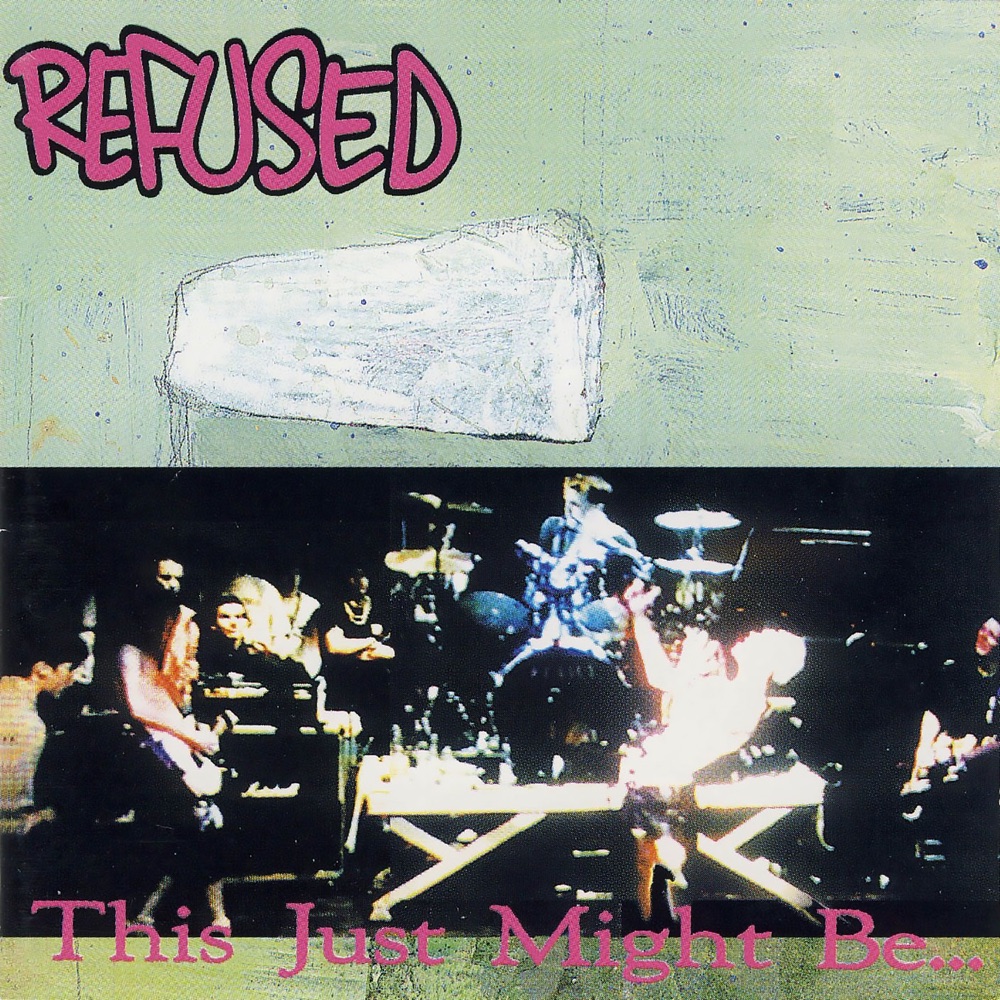 Pump The Brakes by Refused 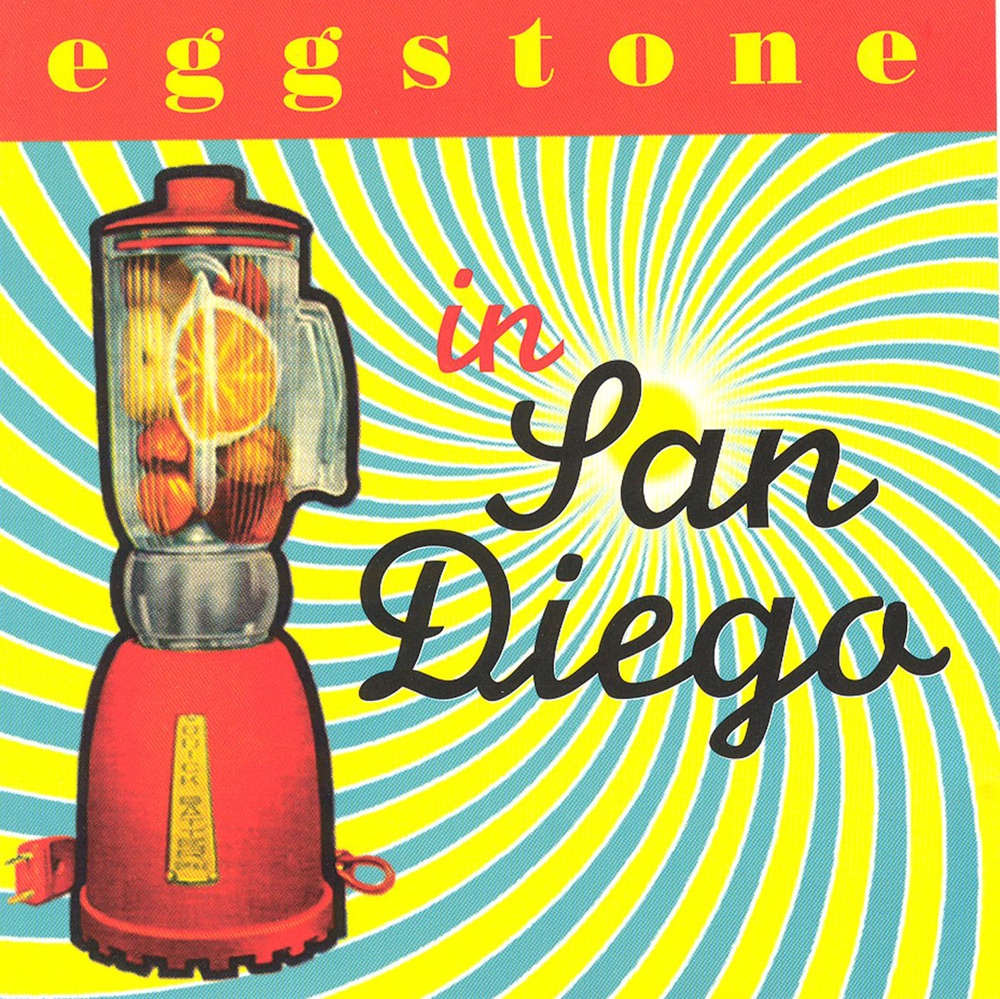 Nostalgia is apparently a thing.

Things just in general simply weren’t better way back when… whenever when was. You yourself might have been simpler all those years ago but I feel that most people that are convinced of generally glorious pasts are still very much being simple.

As you might have figured I don’t consider myself a nostalgic person at any rate but it would seem I’m not completely immune to it.

See I am convinced, beyond measure or reason, that the best live act that ever was or will be, once upon a time roamed free in the Swedish countryside. Playing for virtually free, in every bush, behind every rock and certainly in every youth centre.

For a glorious year or two, I got to see Refused play …well as often as I liked would actually not be accurate, as that would have been every day and perhaps twice some days, but a boatload of times. It didn’t hurt that within less than 24 months starting late -92, they had five releases, if you count the second somewhat legendary demo tape, each outdoing the previous in intensity, all around awesomeness and plain being HC as F#@k. However, live was where it was at!

Pump The Brakes by Refused

For those few years, somewhere in Scandinavia, I don’t know how many evenings but let’s just go with an insane amount, a bunch of kids would simply lose their shit as Pär Hansson would hit those hyper distorted partials in the intro riff to Pump the Brakes.

This intro is one of the more memorable ones in all of the history of the united people’s republic of states of HC. The tune, as recorded, is somewhat plagued by …well to be frank; not being the greatest. I did consider it for our last challenge (to find a killer riff). Then after repeat-listening to the record a few times, I opted for something else. See; great but not the greatest. However, that intro riff, it is just pure genius! Then, LIVE, yes all caps, this riff is a completely different beast from the recorded version, just kicking asses and taking numbers.

I didn’t figure that their live act would transfer particularly well into the trappings of huge venues and arenas but in December of 2012 I got to see the re-united Refused play in the Stockholm Globe, as large an indoors arena as we have to offer in this little country of ours. Sure, the intimacy of those countless evenings in youth centres was of course lost. Instead I had my nostalgia, and I wasn’t alone in that as the place was packed with predominantly men my age.

Then, as the evening wore on, as the awesomeness of all the genre-defining tunes from the latter part of Refused’s career unfolded, as one started to sense the evening had to be nearing an end, then there they where; those partials and that simple but brilliant riff thundered once again, louder than ever. Man did I lose my shit, just like all those nights all those years ago.

Twenty seconds of perfection; that is what I think of the intro I’ve chosen. Eggstone’s Ooh Ooh Ma Ma Mine doesn’t just have an awesome name, it doesn’t just start the album perfectly; it does have one of the best intros that I know of.

At first listen, It might not sound like something extraordinary. It did for me though, but I’m a music nerd. You might say that it sounds like an ordinary intro. You’d be wrong, but I can forgive you if you correct your wrongdoings right away. The thing is that everything is just perfect. The whole tune is a showcase of an almost perfect pop tune but the intro, in particular, stands out to me.

Ok, so what’s it all about then? Well, it starts with a perfect hit on the hi-hat, that is in that perfect motion between open and closed. It works like a swirl sucking you into the music and when you’re in there the wah-wah exclaims the guitars funky riff in a dance with the rest of the drums now entering the scene. We are just five seconds in and already I have goosebumps! Time for the bass and the second guitar to join the actors already present on stage. The bass sneaks in with just some gentle caresses for the first few beats, then at the 10-second mark when the tambourine comes in, a muffled bass begins to dance with the drums. The second guitar is just laying in the background whispering some wah-wah sounds and gradually raises its voice as the bass begins its dance. Then, twenty seconds in, it’s all over — the intro that is — the vocals begin and we are post-intro, but still at the beginning of a super tune!

The people behind Eggstone, that also are running the legendary Tambourine studios, are audiophiles and masters of sound and this tune and intro really emphasize that. There is nothing to complain about. There is nothing more to wish for. The sound is perfect and what’s more the levels are perfect! I’m that sort of person that quite often has an opinion on the mixing or the sound of the drums, it’s that important to me. It’s not a handicap for me, it’s just that I quite often think that they could have done something better with the sound of the drums. Sometimes I find other things to complain about, vocals mixed too high is a pet peeve of mine, but often it’s the drums. Here I’ve got nothing. The levels, the sound, the mix — everything’s perfect.

I’m not an audiophile, I don’t have the equipment and generally, I’m happy with the quality of the sound I have. I’m pretty sure, though, that this tune would stand the test on hi-end equipment and come out with the highest grade from even the most particular of the bunch.

The rest of the song? It’s so good, it so fine, it’s ooh ooh ma ma magnificent. Lyrically it has a morally liberating story to tell about a person that has fallen out of love with the girlfriend but stays because she is so good looking, too hot to give up. It ends with what you could call a flute solo — Per is at least calling in the flute with a clear “GO”, the way you tell the guitar to go on a solo.

I think I will end the way I began. It’s not often you find it in life, but here I have — twenty seconds of perfection!

…you can’t really figure out whether the lyrics are OK or express too dubious views for you to really feel comfortable with.

Do we have to care about the lyrics for real real? Sure sometimes lyrics can make a song but how about when they verge on breaking it, not because they are ill written but because …other reasons. Well, let’s explore this.