What we pine for the most when looking ahead all revealed in gruesome detail for your pleasure!
Rū Ana Te Whenua by Alien Weaponry, chosen by Viktor
The Wandering Star by Saintseneca, chosen by Roo 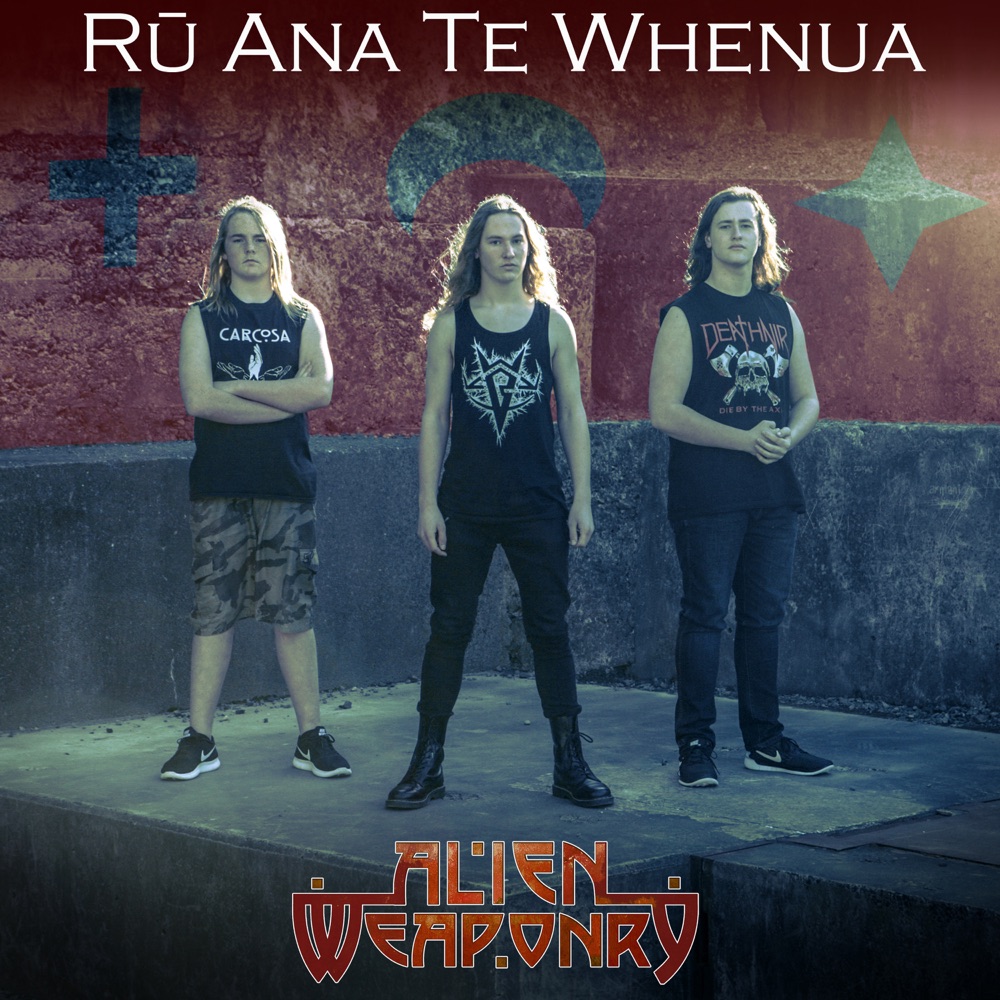 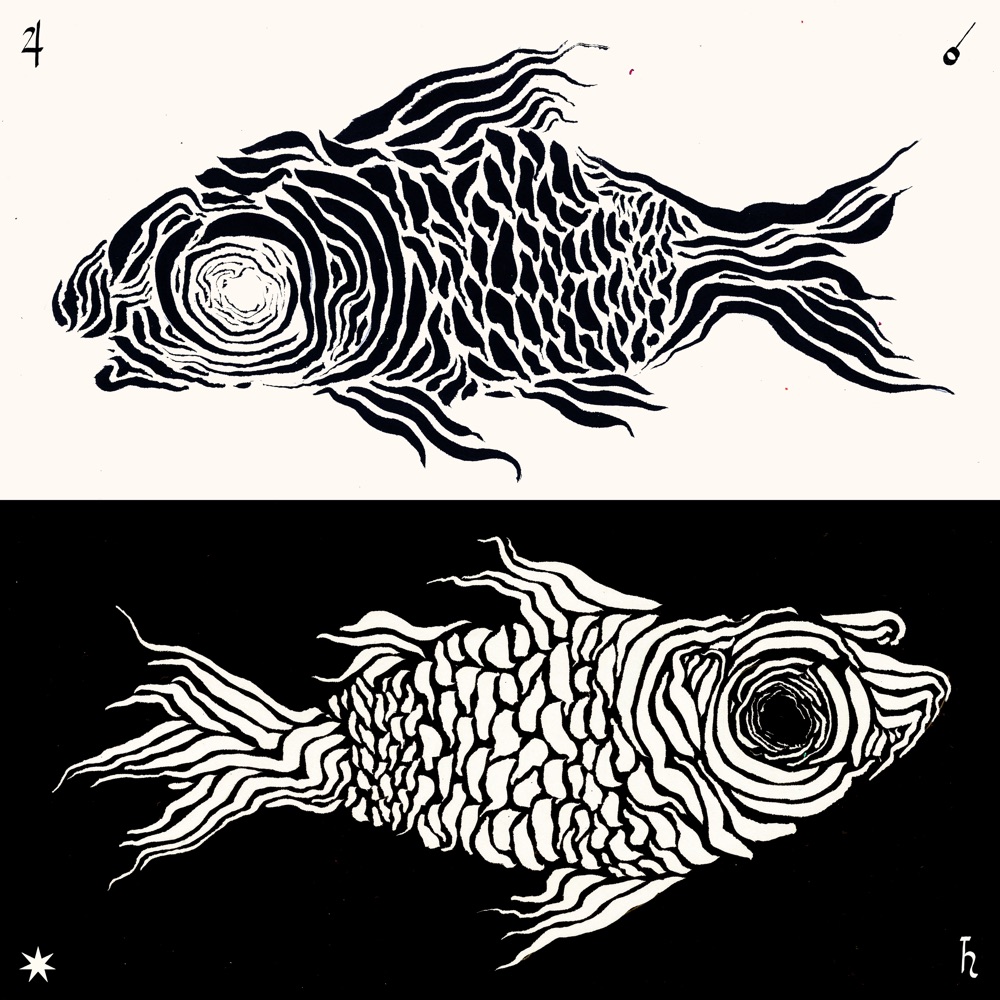 The Wandering Star by Saintseneca

If you are singing in a thrash metal band you better start learning Māori. Sure English or whatever language you have been writing in so far has sufficed this far but now when we know that Māori clearly is the superior language to do trash in, stubbornly sticking to your regular language of choice would just be silly.

It really shouldn’t have surprised anyone that has ever seen any performance of a haka that Māori traditions would be awesome to combine with brutal metal. Really, when you think about it, it’s rather weird that it hasn’t been done ages ago. After all, combining Trash with indigenous traditions has been done both well and commercially successfully most famously by Sepultura back when the two Cavalera brothers still saw eye to eye on the seminal album Roots. I loved that album but unfortunately it spawned legions of tedious attempts to copy its success. None more tedious than the Cavalera brothers separate efforts respectively in Soulfly and what remained of Sepultura. Roots haven’t really aged poorly, it’s just that the whole thing wore out its welcome. Now over two decades has passed and it would seem that at least my ears are open for this kind of sound again. Of course it doesn’t hurt that Alien Weaponry seems to be more or less unaware of that whole thing and just does their own thing, combining their own heritage with their favorite metal riffs like there was no tomorr… or yesterday… I guess.

This will be a straight case of believe the hype. Back home in their native New Zealand there has apparently been hype building up about Alien Weaponry since those kids were about 12 (granted, that isn’t at all as long ago as it sounds like). In Europe rumours started spreading by the end of last summer, mostly hailing from the release of the brilliant single Rū Ana Te Whenua and during the fall things just snowballed. So are these kids the next big thing? Well they have a fully and then some funded Indiegogo campaign to release their new album and recording is said to have gone well. Hopefully there will be a full length album out any week now and I guess that’s when we will know for sure. However, if any of last year’s singles are anything to go by especially Rū Ana Te Whenua, then yes, at least they deserve to be the next big thing.

In addition to Alien Weaponry I can’t help myself but to mention how excited I am for the upcoming full length releases by Ought and by Jade Bird. However the track that Ought have teased from their upcoming album really is nowhere near the magnificences I know Ought to be capable of and I fear that I would bore everyone to death if I wrote one more piece trying to hype Jade Bird again.

Finally, as a bonus I’ll link to another single of Alien Weaponry from earlier last year that has a pretty cool video:

It looks like this could be a really good year! Vampire Weekend, Young Fathers and CHVRCHES are a few of highlights of bands that have albums set to be released this year. As always I keep my fingers crossed that this will be a year with new music from Modest Mouse. Stereogum have PUP listed as one band that could have a new album for us in 2018. This makes me very excited, I really liked their previous record; The Dream Is Over. The same list from Stereogum is my source for the song I’ve chosen as a tune that makes me excited about an album announced to be released in 2018.

Saintseneca was a new acquaintance for me in 2017. Somehow the song Book Of The Dead On Sale, found its way to my headphones, a strange little tune that will be stuck in your head for quite some time. I was sold. It’s a type of tune that kind of always is there, like it’s always playing in a weird room with velvet drapings – David Lynch style – and we’re just peeking through the door for two minutes. It’s how it feels for me anyway. It even made it to my playlist for the summer.

Since then I’ve listened to the bands catalogue, and it’s really good stuff! Feels like they are sharing DNA with Bear Quartet, Conor Oberst and Modest Mouse – clearly great gene pool!

The bands clever and beautiful melodies really stands out, and is Saintsenecas best asset. Definitely a new favourite.

There’s really three songs by Saintseneca that make me excited about an eventual future album, one being Book Of The Dead On Sale mentioned above. I’ve had a hard time picking one of the other two singles. Yesterday I decided to go with Moon Barks At The Dog but today I changed my mind to go with The Wandering Star. Only yesterday when I checked, this tune could only be found on Bandcamp, but just now when I checked, it’s on Spotify, hopefully an indication that an album is on it’s way. This is a dark tune, with beautiful guitar plucking and bitter sweet melody that will give you goosebumps all over. Lo and behold a great song to start the year with!

Don’t forget to listen to Moon Barks At The Dog as it’s equally good. I also need to mention their artwork because it’s one of the best artworks that I’ve seen from an artist in quite some time.

By the way, Young Fathers has the best teaser for their new album. The cover art is just a blue background with yellow text that says “Young Fathers have finished a new album. We hope you hear it sometime in the near future, for now here is a song, a song called LORD. You can’t dance to it” — and it’s awesome!

Until next time, eat cake and pray your teeth don’t brake.

…is really brutal even though it doesn’t feature drums.

Viktor has a propensity for more extreme forms of music as well as for straight out weirder shit than what Roo usually listens to, which by no stretch means that Roo doesn’t listen to his fair share of extreme and/or weird music. It has been really interesting going back and forth trying to find the sweat spot for the blog. Here we have a challenge taking us right into the depth of these discussions.

See you in 14 days right here!