This week Roo ended up with a war and Viktor rambled on for a bit, well we are writing about the merits of taking your time and space
A Small Life by Bad History Month, chosen by Viktor
I Want To Give by Freedom Baby, chosen by Roo 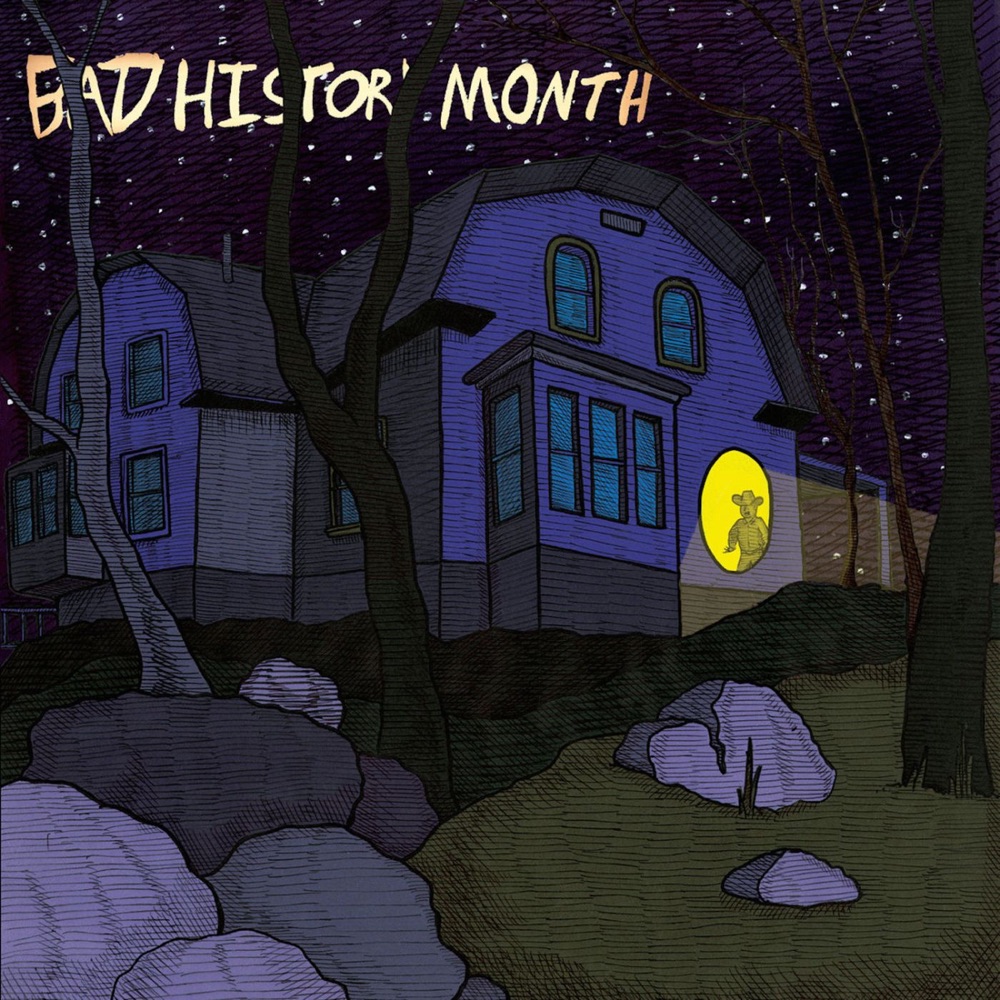 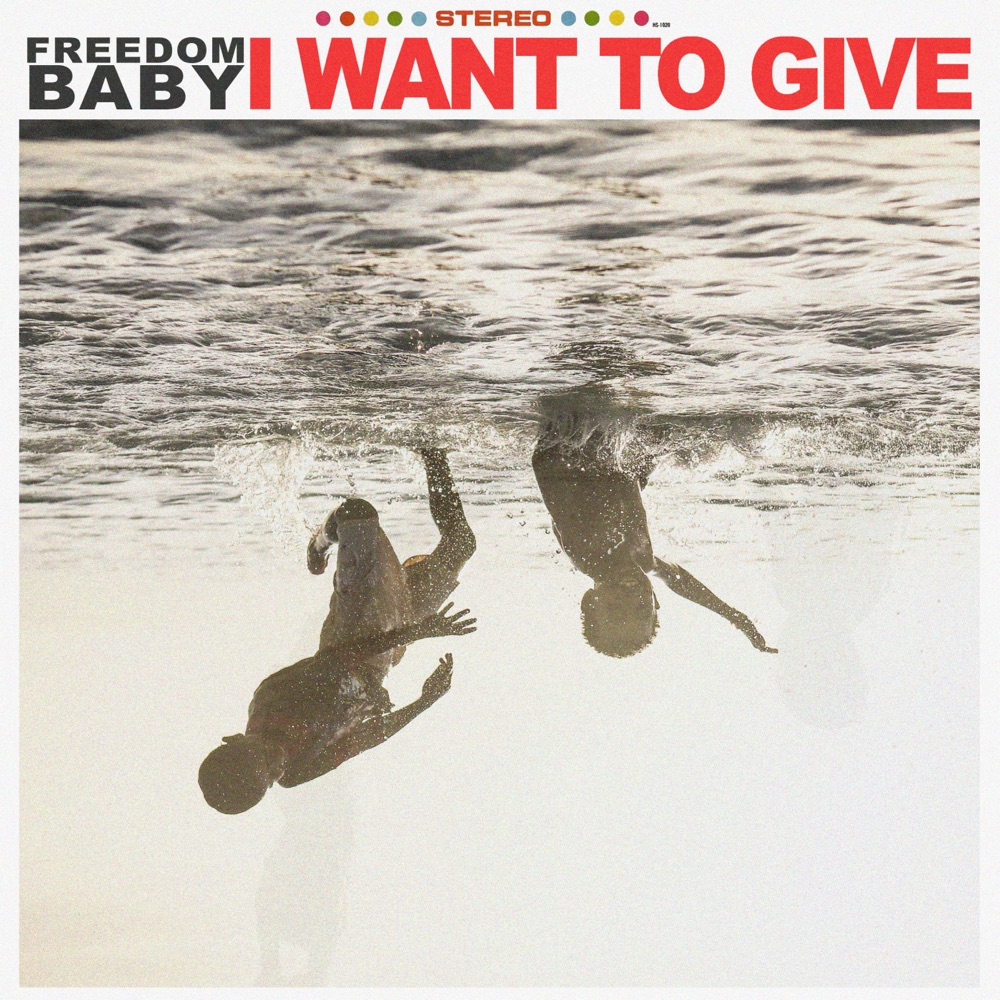 I Want To Give by Freedom Baby

About half a year ago or so, Sean Bean, yeah not the actor but rather one half of the genius that was Boston’s Fat History Month, anyway that Sean Bean wrote a tweetheap that really got me thinking about how we weren’t anywhere near where I’d thought we would be as we are now nearing the end of the second decennium of the 21st century. I thought, by now, surely the record industry of the 20th century with it’s ever fewer, ever larger, companies exerting influence over what most people listen to, would have crumbled. Well not just yet it seems.

I used to study Music history, specifically the history of the business of music, at Uppsala University. This was way back when everyone was freaking out about millennial bugs rather than millenials of the human kind. These were interesting times to talk to business insiders. Things seamed back then to be moving fast. The writing had been on the wall, at the very least since the early 90’s, that producing and selling records might not be as lucrative as it had been up ’til then. No one wanted to end up betting on a losing horse in a new format change so everyone was just trying to squeeze as much juice out of the fruits as humanly possible before it all rotted away. All around the industry had been in a frenzy to raise prices and fees. In doing so of course the demand for an alternative just got more acute but the industry kept waiting idly. Well that’s how we got Napster and all subsequent file sharing methods. Ever the optimist, I figured things would change for the better and sooner rather than later.

The industry seemed to be freaking out about file sharing and they tried best as they could to get the public and decision makers on their side. Most educated people that I was talking to wasn’t freaking out though. See if you had (and indeed have) a slightly larger perspective than the here and now, you’d know that change is the only constant when dealing in culture but culture itself is a necessity. Case in point, the recording industry emerged by the end of the 19th century and even so artists were not broadly making their living out of record sales before the Beatles made the album a thing. However there is evidence that some people might have been making and playing music, probably for a living, well before any of that.

It took longer than I had expected for Spotify to come along but when they did ten years ago I immediately saw in them the thing I had been expecting by then for a decade. That was 10 freaking years ago and I’m still waiting. I was and still am expecting the fall of the giants of the music industry. Seeing how the record even as a fully digital format is becoming increasingly hard to sell when streaming takes over, how are the big record companies still dictating, perhaps now more than ever, what people are listening to. Sure Spotify is the centre of that format change but outside of that I just don’t get what they are up to. Ten years in and they have yet to show a profit from their business! infact all of the big music streaming services has yet to turn a profit from their actual business. How is this possible?!?

Yeah, that was rhetorical, see, to me it is kind of obvious actually. How is it that I can listen to a full Motörhead album on spotify without hearing one single commercial for either Harley Davidson nor Jack Daniels? instead I get banners advertising Ed Sheeran’s new release. I’ll tell you why, because they are morons! Motörhead ads are just one way this shows. Spotify has almost exclusively turned to the very industry they are/should be trying to turn obsolete for advertisers. Numerous studies and articles has been written on how Spotify is dependent on the giants of the record industry and selling their ability to direct their users listening habits to these very companies. I don’t get why they would want to develop a dependency on those they are trying to replace? However, that is merely “kind of stupid” compared to my next point.

See, I have heard that being able to profile billions of people and then on the same platform target specific audiences is a thing that can make you money. Why on earth is Spotify investing in trying to influence what their users are listening to, that’s certainly not going to help in profiling anyones lifestyles. Of course there could be an argument made that lifestyle might come along with the listening habits but then; certainly they are steering people on to possibly the least reasonable music for this purpose. What specific brands and products are marketable to a random Taylor Swift listeners outside of what you could just go for with any random person? More often than not her listeners are probably fairly young and thus profitable but outside of that there isn’t much to profile here. I could probably accurately predict a lot more about an A$AP Rocky listener’s lifestyle choices. Now a fan of Sean Bean’s Bad History Month, that is where the money should be. How is it that Spotify chooses to be in league with Big Music rather than encouraging people to be part of subcultures? I’m not saying that I want targeted ads, I’m just saying that if you would want to target ads based on music, surely subcultures are easier to specifically profile than the mainstream.

I feel you Sean! Those “geniuses in charge of the Internet Attention Economy” you speak of isn’t exactly shining that “wise and all knowing light” of theirs in our direction more than yours but I had to go on this rant and if only one person discovers the magic of your present solo project Bad History Month or the genius of Fat History Month from reading this well then I’m happy to have contributed. See I also need to thank you for your amazing music that stubbornly refuses to bend to the pressure for “mediocrity and nostalgia” that you so accurately talk of. Bean always lets his music take the paths it has to as clear by the fact that A Small Life is given the 10 and some half minute it needs to be all that it is.

Like I said, I’m forever the optimist. I’m sure we will eventually get there, after all the only exception to what I have stated above, as the only online service currently actually turning a profit, Bandcamp, the most artist friendly and alternative music friendly of all the streaming(ish) services out there, has the least intrusive approach to ads of them all. See it’s not that I long for targeted ads in my music listening or that it necessarily is the future. It’s just that I thought that streaming replacing owning music would, right now, be a force driving more diverse music listening not the opposite. It might take a little longer yet to get to a world where all music is in a way “independent” but things will change, they have to, or so I believe at least.

Turns out that there is quite a lot of tunes that fall just a tiny bit short of the 10-minute mark. I was thinking of my first love with Bob Hund; Det skulle vara lätt för mig att säga att jag inte hittar hem men det gör jag; tror jag — which is a song I listened to on repeat when I discovered it and the band. It clocks in at 9:19. Too bad. Miles Davis epic So What clocks in at 9:22 and Sigur Rós otherworldly Sæglópur ends after only 8:24. I went through my playlists searching for lengthy tunes worthy of the challenge and there it was — added as recently as June and released earlier the previous month — Freedom Baby with their 14:41 minute long I Want To Give.

If you write a ten-minute song — for almost any genre — there is usually a greater ambition than with your ordinary tunes. You want to take the time to tell the story, in words or music — and indeed if you succeed with your lengthy work; it becomes something more, something to remember. If your genre is jazz, desert rock or electronic stuff (that I don’t know anything about) it might be easier to write your centurion but if your genre is pop, like Freedom Baby, this is not an easy task. Of course, anyone could write a pop tune that is ten minutes long, just repeat it enough times, but to write it and keep the audience interested and not bore them — is a completely different story. I have had some experience with writing songs — with a band and also silly tunes for myself — and I struggle to keep the tunes to last for even four minutes.

Freedom Baby first popped up on my radar just a couple of months ago with the slow builder When We Go and it made it all the way to the summer playlist. Described as a girlfriend/boyfriend chamber pop duo backed by a great band, they have created something really special with this song. Musically it begins like an ordinary indie-pop tune, but then things start to happen. It twists and turns — horns, saxophones and violins come in and fade away — intensity rolls in and out in waves and the duo takes turns singing; making the song very dynamic. They’ve said that Orson Welles and Citizen Kane was a huge inspiration for the tune and that’s a great inspiration to have and the song is indeed very cinematic and dramatic. I first read the tune as a sort of love story; doubt about the future and a fear of being alone. Now, though, after reading the lyrics properly, I think the tune speaks in a lot of voices under the umbrella of a theme of love in war times — and one is telling the story of putting your family on a boat to flee war and staying behind.

One line that stuck with me goes like this: “I was born a lover but was raised by the way of the gun, so I’m coming for your life and I’m aiming for your heart.” — giving a voice to people that have had the unfortunate faith to be born into war. Great ambition and a great song. If you have 15 minutes to spare, give it a listen, it’s worth it.

…could end war as we know it

Speaking of wars, let’s end them.