Sometimes it helps if we actually read the challenge before taking it on.
Hawkshaw by Truckfighters, chosen by Roo
Wake Up by Brass Against, chosen by Viktor 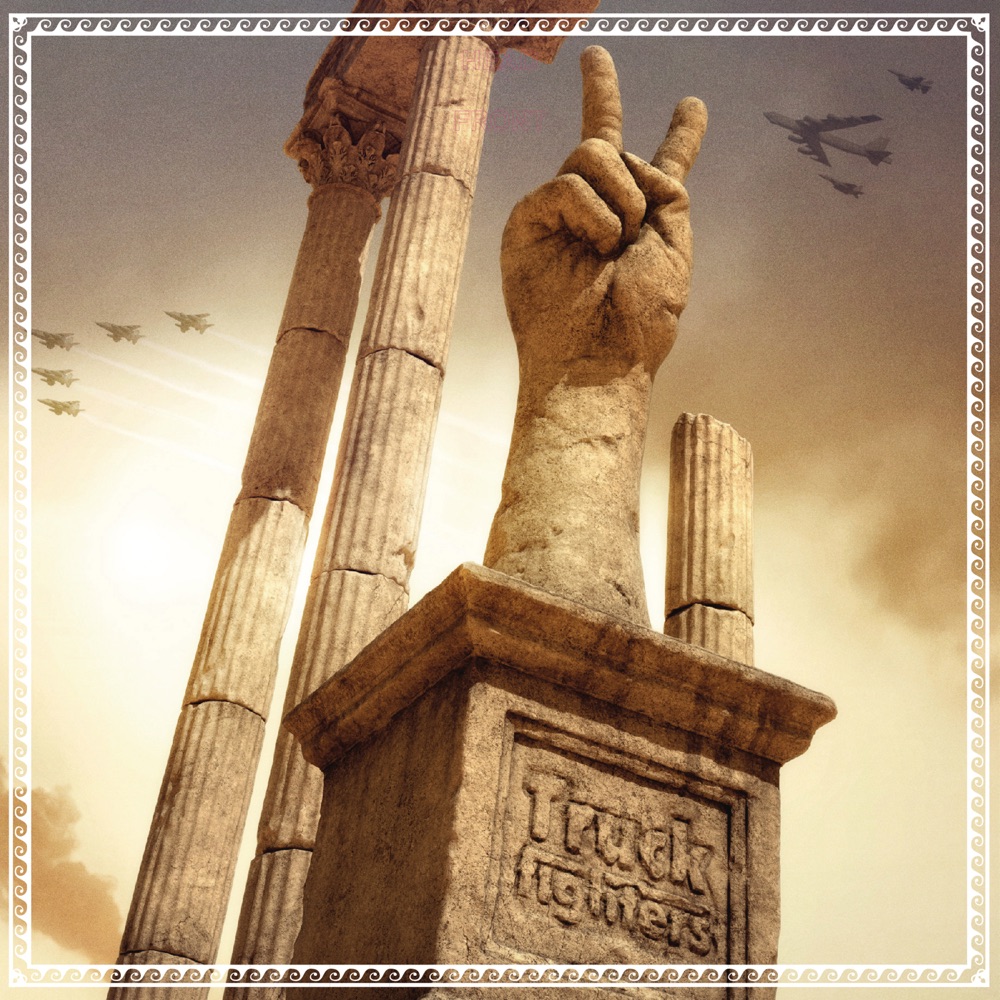 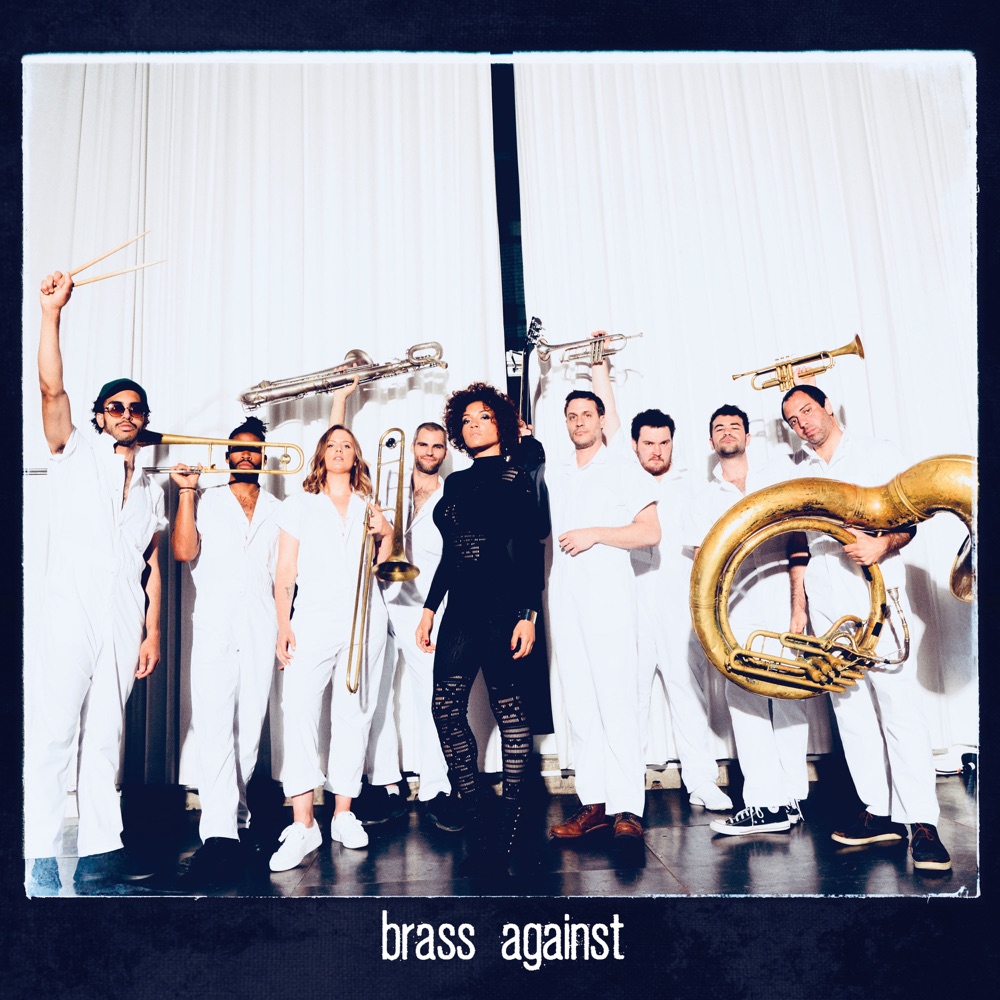 Wake Up by Brass Against

I might be slightly brain damaged by listening and absorbing too many riffs. Don’t believe me? Well let me tell you; the lid on my lunch box makes a sound that sounds exactly like the first two drum beats in Deftones My Own Summer, my car sometimes sound like Bulls on Parade(mostly because I make it) and that ticking sound when you are waiting for the light to turn green sounds like Web in Front, by Archers of Loaf, is about to start. The list could go on, but the point is that I hear riffs everywhere. With that in mind, the task to find a killer riff should be an easy task, but to select only one is like picking your favorite child. Impossible! So I began to probe the market – riffs everywhere – no chance in hell to sort this out. So I altered my thinking slightly; I don’t need to find the best killer riff out there. I only need to find one that I like for some particular reason.

These tasks tend to turn in to a chicken and egg story. What would this riff be without that riff, if this person hadn’t started playing drums in that way none of these riffs would exist and so on and eventually you end up with John Lee Hooker. I’ve chosen such a riff; that wouldn’t exist without the groundwork of others. My chosen killer riff is in Hawkshaw by fuzz-masters Truckfighters from my almost hometown of Örebro. When the drums start in this song it’s hard to tell if it’s Hawkshaw or Demon Cleaner by Kyuss. A great homage and beautifully done. Hats of! Then it comes, the riff! The bass starts pounding with the drums; dududu didu du dudu didu, the guitar sneaks along before a classic Fu Manchu break. Then blast off and when the riff starts to wander –  euphoria! I guess the song is about detecting holes in the matrix and trying to figure out what lies beyond, but for me the sadness in the exquisite melody is saying something about Örebro and the mentality of the town – it’s bittersweet.

I love fuzz and I love Truckfighters, I love that they are from Örebro, I love their swenglish accent and I love that they describe themselves as “kinda boring people to hang around with“. In the same interview where the quote is from Ozo states that he, as a guitarist, started to play the base because he didn’t think there were bass players in town that were good enough.  A few things about that, first of all, I’m so sorry I moved away from Örebro just before Ozo was looking for bass players. Well actually It might have been for the best, but you’re allowed to dream, right? Secondly, where I actually grew up, just outside Örebro, you couldn’t afford to be picky about musicians. We were about a dozen kids who liked to play music and I think we all played in the same band at some point or another, so don’t come here with your big town and no base players. Come to think of it this was also probably for the best, but still – Örebro-people with their big town and fancy ideas 😉 My village did manage to produce the second best band from Örebro, no not Millencolin, they’re in third which is pretty good considering the competition – I’m talking about my mates and old neighbours in Organ Donor.

There is a fuzzomentary about Truckfighters – “silly name cool logo” – that I highly recommend. It’s funny and down to earth and you get to know these three great guys in a documentary full of humor and heart. Where else can you hear classics like “I would actually like to play in every part of the world, not every country but every… va fan heter världsdel”, or the line “Wait! Can I berätt, hehe, tell you… nevermind”. Where else will you hear Josh Homme say “… I came to understand that Truckfighters were not just the best band I ever heard but also the best band that ever existed[…] where’s my money”. Rent it today and keep on fuzzing!

Phase one: Pile every record containing a track with an epic riff on it on the table and then listen through it all.

Now the pile on the table became about as epic as the best of the riffs in it. Have to concede that I probably had the most fun I have had this far doing a challenge, trying to sift through that pile and arrive at only one track. Afraid though, that no text I could ever write here about this could in any way, shape or form reflect all that fun so instead I’ll try and give you, the reader a bit of a chance to walk in those shoes so to speak. Come along and more importantly listen along…

Took me a bit but eventually I became aware that the challenge wasn’t (thank god) to find the most epic guitar riff ever made in classic rock, which was the maze I immediately ran in to and then just as quickly got lost in.

No, luckily it was just simply to find a tune with a killer riff.

Any tune with a killer riff.

As long as it’s vicious enough to be a killer. Other than that… no restrictions apply.

Any instruments, granted most of what I was juggling was guitar based but still…

So this is where I got looking at everything from Nimble dexterity riffs like Chet Atkins’ Main street breakdown to Metal infused Hard Core Punk riffs like Refused’s Everlasting. I considered the sax riff of Morphine’s All Wrong and everything all the way back to the iconic plucked bass riff of Peggy Lee’s Fever. This of course after initially having spent hours on hours with Angus Young, Marc Bolan, Jimmy Page and Tony Iommi.

I suggest you do as well since it’s all great listening.

In the end, I settled on something that blends all of this into a calorie dense stew of a massive horns section, classic rock-riffing and a whole lot of punk. Equal measures thrill of discovery (at least for me) and nostalgia.

A while back a friend just casually shared a link to a youtube video of Brass Against’s cover of Guerrilla Radio. I saw this just when I was about to go to bed. There was not much sleeping that night. Instead, I spent it listening to all Brass Against clips I could find on the interwebz over and over again. I couldn’t help myself. To be honest these recordings aren’t groundbreaking by any stretch. Not fair to ask for as they’re all covers and almost all of them of tunes with Tom Morello riffs. Then on the other hand; he wrote some of the greatest classic rock riffs of the 90’s and had that coupled with some of the most potent lyrics of the decade bringing about some highly innovative music so…

Brass Against delivers these tunes in a way that is simultaneously unique interpretations while also staying extremely faithful to the originals. Sophia Urista’s delivery of the lyrics captures the tone and aggression of De la Rocha so well probably more than anything because she owns them and makes them very much her own, sounding like she sincerely means every word.

Wake Up by Brass Against

I’ve picked their cover of Wake Up for this challenge. This track never really stood out to me in the original recording from RATM debut album. Sure I liked it well enough but it wasn’t one I would be skipping the needle ahead to. However in Brass Against’s version with the horns adding extra Belgian Blue monster beef to the riffs it certainly stands out to me. Hope it does to you as well!

…has a kick ass intro.

Prequels are of course still in vogue …logic dictates that we do what happened before the main riff started next.